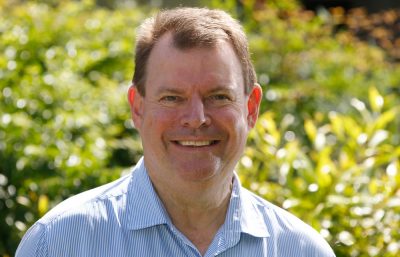 Greg Adermann was elected Councillor for Pullenvale Ward in March 2020, after working as a corporate communications executive for a number of blue chip companies for the past 28 years.

Cr Adermann is a long term resident of Chapel Hill and together with his wife Cia, raised their two sons locally.

Both have been involved in a range of community activities over many years. They owned and operated a small business in Kenmore for five years. Cr Adermann is an active member of Kenmore Rotary and a Life Member of the Kenmore Bears Junior AFL Club.

Cr Adermann commenced his professional career as a journalist in regional newspapers and television newsrooms before moving to Brisbane to join the Queensland Government Media Relations Unit. He served two State Ministers as Press Secretary/Senior Media Advisor over an eight year period before joining Telstra (then Telecom) as the State Media Manager and later Foxtel as State Marketing Manager to help launch the subscription television company in Queensland.

His interest in sports and event management led to his appointment as Marketing Manager for IMG Motorsport which oversaw the former Gold Coast Indy and Bathurst 1000 races.

From 2002 until his election to Council, he was employed by the leading venue management company in the Asian Pacific region, ASM Global (formerly AEG Ogden) as both its Group Communications Manager and Director of Communications and Marketing at Suncorp Stadium.

Cr Adermann serves on the Public and Active Transport Committee.

I’m proud and humbled to be the Team Schrinner representative for the Pullenvale Ward in Brisbane City Council. I will work tirelessly in the interests of all residents and be consultative, open, honest and transparent as your advocate.

Follow Cr Aldermann on social media for the latest news.

Subscribe to Cr Aldermann’s e-newsletter for the latest Pullenvale Ward news and updates.